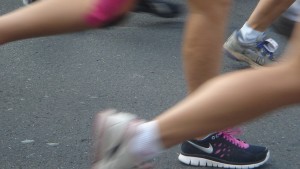 Over the years I have joined gyms.  Kept it up for a few months, worked to a programme but gradually the motivation would ebb away and I’d stop going as regularly.  Then I’d start not sticking to my programme and skipping the reviews I was meant to have. It always got to the point where I would go out of guilt, didn’t particularly enjoy it and (normally at this stage) ditch the weights/ resistance machines and rock up once in a while to jog on a treadmill; hardly breaking into a sweat in the process.  Then I’d stop going completely and probably take a year before I even cancelled my membership, which to me was a real admission of failure.  I was probably a Gym’s most desirable type of customer; never went but carried on letting them take my cash through my own sheer apathy.  Probably sounds familiar to a lot of people.

In my defence I reckon I wasn’t completely to blame. Pre-kids I worked a punishingly long week building up my career.  3 kids came along and flopping in front of the TV summed up my free time.  But I now recognise that whilst these were barriers to me committing to a gym routine I was not of the mind set of trying to overcome them.

Taking up running back in September 2013, made me re-evaluate the barriers that had previously stopped me from getting fit and being in the right frame of mind to try and overcome them instead of using them as excuses. These barriers were mainly time, being self-conscious about fitness, having no one to kick my butt into action and the guilt factor of being a mum; in my mind indulging in my own fitness journey was putting my needs above my children’s.

Finding the right Gym that ticked all the boxes

About the time I started running, ‘no frills, no contract’ gym’s seemed to be popping up everywhere. One opened down the road from me.  So in March 2014, I decided to join the nearest gym to me.  I figured that not only did it work out a just under £4 a week there was no contract so all I had to do was cancel my direct debit and that would be it.  Plus, and this was a big selling point for me, it was less than I mile up the road from me (no more having to drive miles) and on the way home from work should the opportunity arise. Its close proximity to my home meant that I could run there if the mood was ever to take me! Ok managed that twice but still.  So there you go; close to home and work, inexpensive and easy to cancel (but I was determined that wouldn’t be an option this time).  When choosing a gym consider what you require from it; it’s pointless choosing one that may be close to home but does not have a pool that was on your list of desirables or you want to try classes but the class timetable at one particular gym doesn’t have them on at the times convenient for you. 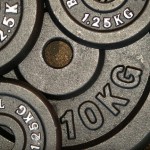 In the space of 5 minutes, I’d joined online and booked an induction session. Ta-dah! To cancel my membership all I had to do was cancel my direct debit, simple!  I’d been a member at Gyms in the past where it was incredibly hard to quit (brings to mind that infamous Friends sketch); that had also been a barrier to joining gyms in the past.   Armed with a previously emailed pin number and instructions on how to enter via some bizarre ‘teleporter style’ tube (I really can’t explain it would take forever), I rocked up at my induction.   I received the tour and was quickly shown how to use some of the equipment.  As expected, with it being a no frills gym there was no offer of a personalised programme bring written and there was a slight sell with regards to using one of the available personal trainers, but that didn’t put me off.  In my favour, I ask a lot of questions and have some basic understanding of the machines so it suited me just fine.  However, I can understand how some people might find this all a bit daunting and be left feeling a little high and dry but that is not the fault of the gym staff but it’s the ethos of this sort of gym.  If you want the type of gym where you get a regular private consultations and bespoke programmes then you will certainly pay more than the £15.99 I committed to a month.

Like when I took up running, initially committing to going twice a week, once I got into the routine of going it became habit. I’d previously  overcome the perceived barrier of having little time to fit any exercise in and applied it to my approach to going to the gym.  I ensured I always had kit ready and committed 2 evenings a week where I knew I had nothing else planned.  If the weather was awful and stopped me from going out for a 5km run then I would go to the gym instead.  It was like an extra visit in the bag!

Yes there have been times when my enthusiasm has started to diminish that is only natural. Getting motivated enough to actually get to the gym is half the battle won but it can be hard, especially when it is not quite routine yet.  18 months on I must admit I am a bit of a Gym Addict but in a good way.  I’ve never been fitter; but I must add that is not entirely down to the gym but it has certainly helped.  I’ve overcome the barriers that stopped me from joining and going.  I can fit my gym schedule around everything else in my life and I still run; in fact I’m a better runner due to all the training I do at the gym.

So if you are thinking of joining a Gym or re-joining then below are the tips I used and still use to keep me motivated. Some may work for you, some won’t:

I’m now looking for my next fitness challenge; I’m not quite sure what I want to aim for yet but what I do know is that my time at the gym will no doubt play an important role in achieving what ever challenge I set myself.

I’ll leave you with one final thought and something that one of the trainers at my gym once said that kind of put it all into perspective for me. 1 hour at the gym is only 4% of your day, when you look at it that way It’s not a great deal of time to commit to (some of the HIIT classes are only 30 minutes long) and not a lot of time to stay motivated for! 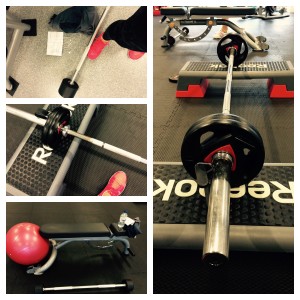 You never know you might become addicted to the gym, now there’s a thought!

Busy working mum to 3 children. My passion is keeping fit and eating healthy. By adopting a healthy, active lifestyle I hope to be a positive role model to my children particularly my daughter. On the road to getting fit and staying fit I've had to overcome barriers such as body confidence issues and lack of time! I'm no expert nor claim to be but the steps I've taken have worked for me and continues to do so. Although my blog is a diary of my fitness I would love it to inspire other women to take up fitness and adopt a healthier, active lifestyle. Thank you!

View all posts by busyfitmama →